The Phoenix Suns return to Dallas tonight to try and close out the series in Game 6 of the Western Conference Semifinals. Last game saw Phoenix win in blowout fashion, so Dallas will look to make some serious adjustments to avoid elimination on their home court tonight.

Game 6 tips off from The American Airlines Center at 9:30 pm ET on TNT.

Why the Suns can win and cover -2:

The Suns found their groove on both ends of the floor in Game 5. They scored 110 points and held the Mavs to just 80 points in the game. Devin Booker’s offensive arsenal is one of the best in the league. If the game is close heading to the fourth quarter, it’s expected that Chris Paul will put on a show to will the Suns to victory as well. Mikal Bridges is also one of the best defenders in the NBA, who certainly will do his best in slowing down Luka Doncic. The Suns are the one seed for a reason, and their hunger to return to the NBA finals this year could see them moving on to the next round tonight.

Why the Mavericks can win and cover +2:

Jalen Brunson and Luka Doncic have arguably been the best backcourt duo in this year’s playoffs. Brunson is averaging 23.3 ppg, 4.8 rpg, and 3.7 apt in the postseason, while Doncic is averaging 30.9 ppg, 10 rpg, and 6.8 apg. If their two lead guards can play up to their highest capabilities at home tonight, the Mavs may be able to force a Game 7 in Phoenix.

The Suns are poised to keep their momentum going from Game 5 and close this series out tonight. Their all around fire power has proven to be enough thus far in the series. The real concern for the Mavericks is the lack of help behind Luka Doncic. Expect him to have a big game, but if Brunson doesn’t score close to 30 the Mavs have very little offensive power behind those two. Expect the Suns to close out the series tonight and return to the Western Conference Finals. 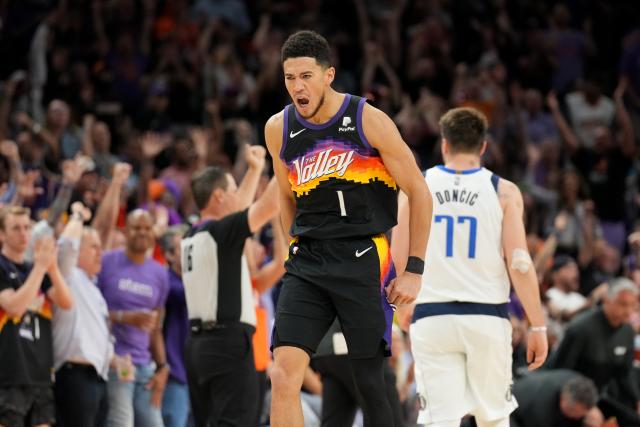