On Tuesday, we took a look at the odds to win each Eastern Conference division. With games on hold until Thursday evening, we're now going to run through the Western Conference.

The Northwest Division is the only one in the Western Conference that is all that close right now. The Utah Jazz are currently in first place in the division, while the Denver Nuggets sit three games behind. The Minnesota Timberwolves are in third, but they're 6.5 games back. That essentially rules out Karl-Anthony Towns and Co. It could, however, be worth sprinkling a bit on the Nuggets to steal this division the rest of the way. Nikola Jokic's squad had won three games in a row heading into the break, and the team is 6-4 in its last 10. The Nuggets are finally getting somewhat comfortable playing with their shorthanded rotation, and it just wouldn't be surprising if they win 15 or so games the rest of the way. Meanwhile, the Jazz are an injury away from really getting stuck in the mud, and Donovan Mitchell and Rudy Gobert have both missed time this year. Utah should ultimately win this division, but Denver has a puncher's chance.

The Phoenix Suns have a massive 6.5-game lead on the Golden State Warriors in the Pacific, but Chris Paul is likely going to miss the remainder of the season. It's hard to envision the Suns completely falling apart the rest of the way, as Devin Booker is one of the best players in the world and has a good supporting cast around him. However, it's impossible to overstate Paul's importance to this Phoenix team and Golden State is going to continue winning games. With that in mind, it might be worth putting something small on the Warriors to come away with this division. If things end up going off the rails for Phoenix, you definitely wouldn't regret holding a ticket for one of the best teams in basketball.

The Memphis Grizzlies sit atop the Southwest Division standings, and Ja Morant's team has a 5.5-game lead over Luka Doncic's Dallas Mavericks. Considering how well the Grizzlies have played all season, it's just hard to see this team losing ground here. We've seen Memphis win games at a high clip even without Morant, so the Grizzlies would be fine even if their star player were to get injured. Meanwhile, the Mavericks arguably got worse at the trade deadline when they dealt Kristaps Porzingis to the Washington Wizards. Doncic is playing some absurd basketball this year, but he just doesn't have enough around him to rip off enough wins to get Dallas to the top of the division. With that in mind, it's best to just sit this one out.

THE PICK: Stay Away (No value) 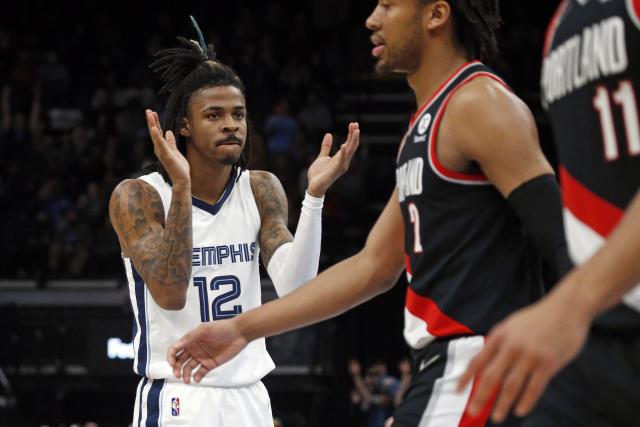