We've been rolling with our NBA Three at 3 picks over the last few weeks, and we're now looking to keep it going with tonight's four-game slate. Keep reading for our three best bets of the evening.

The Nets have their superstar duo of Kevin Durant and Kyrie Irving in this road game against the Magic tonight, but it might be a little unfair to ask Brooklyn to win this game by more than 10 points. Even though Jalen Suggs is out for Orlando this evening, the team is 5-4 straight-up and 7-2 against the spread in its last seven games. The Magic have really been a lot more competitive of late, and there's no reason they can't keep things reasonably close against a Nets team that has guys in and out of the lineup. That type of thing really hurts Brooklyn's continuity, as the team can never quite get used to playing together. The Nets also happen to be just 13-28 against the spread when playing as favorites this season, and they have only won those games by an average of 1.6 points per game. Meanwhile, the Magic are 18-7 against the spread in the month of March over the last three years.

The Suns are 8-4 straight up in their last 12 games, but they're just 4-8 against the spread in those contests. Phoenix isn't quite as dominant without Chris Paul — which isn't all that surprising — and it's allowing teams to hang around a little longer than usual. Look for that to be the case in this matchup with New Orleans, which is coming off of a 25-point win over the Houston Rockets last game. This Pelicans team is a lot better than its record would suggest, and the group is trying to make a late-season push for a spot in the play-in tournament. Winning a game like this one would go a long way, and it's not out of the question. New Orleans head coach Willie Green was an assistant for Phoenix, so he knows exactly what Monty Williams wants his guys to do. The Suns are also just 2-8 against the spread when coming off a division game, so they have a little trouble completely locking in after facing rivals. 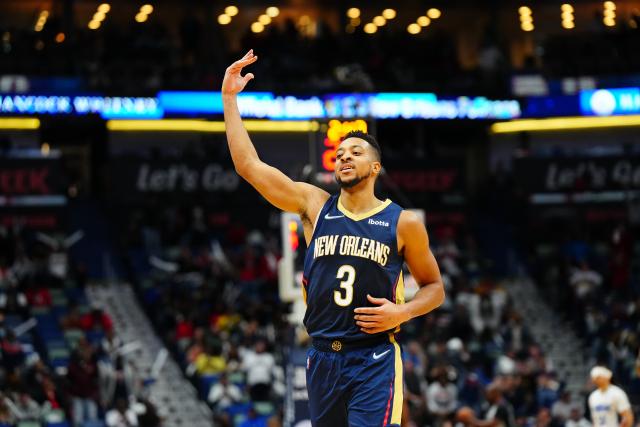