We all watched the Kansas Jayhawks defeat the North Carolina Tar Heels to win the championship last night, but it's now time to shift back into NBA mode. Tonight's 12-game slate features the Chicago Bulls hosting the Milwaukee Bucks on ESPN, and we'll have our eyes on that game and two others as part of tonight's Three at 3.

The Sixers have failed to cover in four of their last five games, and one of those contests featured the team losing outright as a 9.5-point road favorite against the Detroit Pistons. It's just getting hard to trust this Philadelphia squad as a big favorite right now, as the team hasn't shown that it can consistently play at a high level. The Sixers are also 25-40 against the spread when playing on the road against teams that make at least 46.0% of their shots over the last three seasons, and this Pacers team can certainly play some offense. Indiana might not have a lot of talent in the frontcourt with Myles Turner out right now, but Tyrese Haliburton and Buddy Hield make up a dangerous backcourt. Those two should be able to make this game somewhat respectable tonight, especially with Joel Embiid likely to be going out of his way to score in an effort to make a late push for MVP.

Over the last three seasons, the Hawks are 9-21 against the spread when playing on the road against teams with winning records over the second half of the season. Atlanta has lost those games by an average of 8.8 points per game, and the team now faces a Toronto squad that is 26-12 against the spread when coming off an Over this season. The Raptors are also 15-7 against the spread in games with totals between 220 and 229.5 this year, and they really do match up well with the Hawks. Fred VanVleet's name might not carry the same weight as some of the league's other superstars, but he is rarely overmatched against anyone. VanVleet is a very good defensive player and he also hits some massive shots from behind the three-point line. He should do just fine against Trae Young in this one, and the Raptors will also have a massive edge on the wing. Look for this to be a rather straightforward victory for Toronto.

The Bulls are really missing Lonzo Ball's ability to impact games on both ends of the floor, but they are 3-2 both straight-up and against the spread in their last five games. They'll now try to earn one of their biggest wins of the season when they host the Bucks, and they really should be able to make this a tight game here. Milwaukee has lost each of its last two games, despite being favored. The team isn't playing all that well at the moment, and the Bucks are also just 15-24 against the spread when coming off a home game. The Bulls, meanwhile, are 25-13 against the spread when playing at home this year, and they're also 7-0 against the spread after back-to-back games of allowing opponents to shoot 50.0% or better from the floor. That means that Chicago generally bounces back from weak defensive outings and finds ways to respond. Look for that to be no different when these two Eastern Conference powers clash, and expect the Bulls to put up a major fight at home. 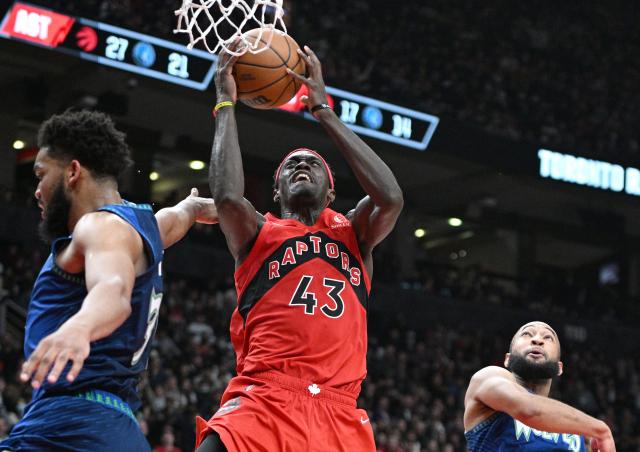