We went 2-1 with our NBA Three at 3 on Tuesday, but we won't be satisfied unless we pick some winners again tonight. The featured game for the Thursday slate is a meeting between the Phoenix Suns and Denver Nuggets on NBA TV. We're taking a look at that one and two others, so make sure you keep reading.

The Raptors are 19-10 against the spread when facing teams that make 46.0% or their shots or better this season. Toronto is also 25-13 against the spread when facing teams with winning records, so these are the games that bring the best out of this feisty Raptors team. The Cavaliers also happen to be coming off of a bad 11-point loss to the Los Angeles Lakers at home, and they have really been missing Jarrett Allen. The strength of this Cleveland team was the two-center lineup with Allen and Evan Mobley, but the Cavaliers have struggled to find an identity without it. Meanwhile, Fred VanVleet is going to go out there and hold his own in his matchup with Darius Garland, while the Raptors will have a huge edge on the wing. This should be a pretty straightforward win for Toronto.

The Bulls are just 3-9 in their last 12 games and are desperate for the return of Lonzo Ball. This Chicago team badly needs to get back to full strength in order to find its rhythm. However, tonight isn't going to be the night, and DeMar DeRozan is actually going to be out or playing banged up in this one. This season, Chicago is also 4-14 against the spread when playing on the road in games with totals of 220 or higher. On top of that, the team is 0-7 against the spread in March road games thus far. Meanwhile, this Pelicans team might not have Brandon Ingram right now, but CJ McCollum is capable of carrying the scoring load. New Orleans should also win the battle on the inside, where Jonas Valanciunas' physicality could be a little too much for Nikola Vucevic.

While Denver is just 11-25 against the spread when trying to avenge a road loss against an opponent over the last two seasons, Phoenix is 22-12 against the spread when playing on the road this year. The Suns are also 32-17 against the spread when facing Northwest division opponents over the last three years. Also, with the way Deandre Ayton is playing right now, he could neutralize Nikola Jokic a bit. Meanwhile, the Suns are just far too talented on the perimeter for the Nuggets to match. Not only should Phoenix cover the spread in this one, but it'd actually be surprising if the team doesn't win outright. Chris Paul is also seemingly going to return for this one, which is just another thing that will make things tough on a weak Nuggets backcourt. 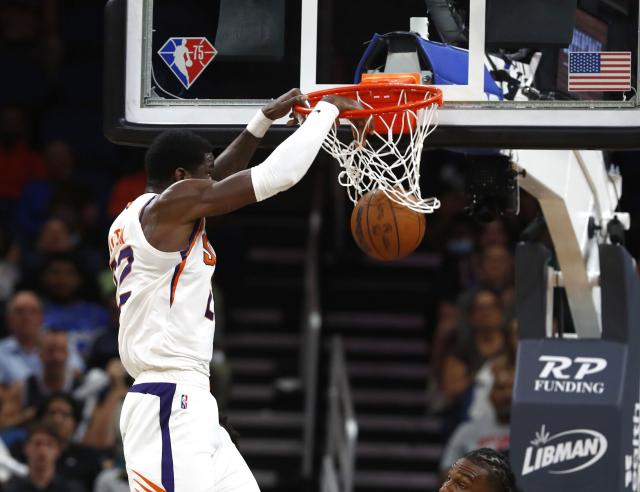