With the All-Star Game in the rearview mirror, we now have some real games to dive into. Tonight's slate features the Boston Celtics facing the Brooklyn Nets and the Portland Trail Blazers hosting the Golden State Warriors in a TNT doubleheader, but a lot of key players are out in those ones. Instead, we're looking at some other games that we like better. Check out our best bets below:

The Cavaliers are playing without Darius Garland and Caris LeVert tonight, which means they'll be missing most of their backcourt production in this one. Cleveland has one of the best frontcourts in all of basketball, but it's just going to be hard for the team to cover such a big spread without its best guards here. The Pistons aren't nearly as bad as their record, as they have guys like Cade Cunningham, Saddiq Bey and Jerami Grant creating shots from the wing, while Isaiah Stewart is a good banger around the basket. Detroit is also good defensively in the backcourt, so Cleveland's backups won't have an easy time getting it going in this spot. For what it's worth, Detroit has also won and covered in each of its last two home games against Cleveland. The Cavs are also just 1-10 against the spread when facing teams that score 108.0 or fewer points per game under J.B. Bickerstaff in the second half of the season.

While the Suns are not going to have Chris Paul until the playoffs, the Thunder will be getting back Shai Gilgeous-Alexander tonight. With Oklahoma City's franchise player returning, the team now has a good chance of winning the battle in the backcourt in this one. Gilgeous-Alexander is a tremendous young player that is capable of scoring in a number of different ways, and rookie Josh Giddey is another really talented offensive option at guard. Those two should be able to do enough to keep Oklahoma City in this game against a shorthanded Phoenix team. Ultimately, the Suns should end up winning this one outright. But it's hard to see them earning a road blowout in their first game without their floor general. Oklahoma City also happens to be 17-7 against the spread when facing teams with winning records this season.

The Kings are 4-2 straight-up and 5-1 against the spread in their last six games against the Nuggets, and they're 3-1 both straight-up and against the spread in their last four home games in this head-to-head series. Sacramento also happens to match up rather well with Denver at the moment, as the Kings made a trade deadline deal to bring in Domantas Sabonis. Sabonis isn't quite as good as Nikola Jokic or anything, but he should be able to hold his own here. Meanwhile, with the Nuggets still not having Jamal Murray back from his knee injury, Sacramento has a massive edge in the backcourt in this game. De'Aaron Fox should be the best guard on the floor when these two clash, and Davion Mitchell is capable of guarding whoever has the hot hand for the Nuggets. Also, while Aaron Gordon is usually a matchup nightmare for opposing teams on both ends of the floor, Harrison Barnes is a similarly versatile forward for the Kings. He should be able to have a big game here. 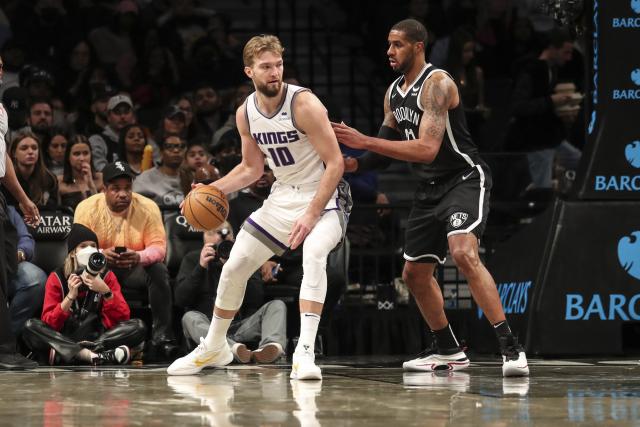