We went 2-1 with our NBA Three at 3 on Tuesday, so we're feeling good heading into this Thursday slate. One of the most important games on the schedule has the Milwaukee Bucks hosting the Boston Celtics, and that's one of the ones we're going to be focusing on. Check out our best bets below.

The Celtics and Bucks are still fighting for the second seed in the Eastern Conference, so this is a game that still matters to both of these teams. One thing to keep an eye on here is that the Robert Williams injury really hurts Boston in a matchup like this. The Celtics really could have used his rim protection against a team that has Giannis Antetokounmpo constantly putting pressure on the rim. Also, Boston is 1-10 against the spread when coming off back-to-back covers over the last two seasons, and the Celtics are also facing a Bucks team that is 49-33 against the spread when playing at home against teams that average 23.0 or more assists per game over the last three seasons. Milwaukee has won those games by an average of 8.4 points per game.

The Blazers have absolutely nothing to play for at the moment, and the team is currently fielding a lineup that consists mostly of G League talent. Meanwhile, the Pelicans are currently playing for home-court advantage in their Play-In Tournament meeting with the San Antonio Spurs. New Orleans is not going to want to play that game on the road, so the team will definitely have some real urgency when it faces Portland in this one. Look for the Pelicans to really go out there and execute at a high level against a very bad basketball team, and don't be surprised if this is an insanely lopsided win. While Portland is just 6-15 against the spread when facing an opponent that it lost to in its previous game, New Orleans is 15-7 against the spread when coming off back-to-back road games this season.

The Grizzlies have locked up the second seed in the Western Conference, while the Nuggets are still fighting for positioning in the playoffs. With that, this is a game that the Nuggets definitely need more than their opponents. It's not like Memphis to take a game off or anything, but it's just hard not to factor that in at all this late in the year. It would be a nightmare if the Nuggets let this game slip away, especially with Ja Morant not playing for the Grizzlies. Memphis has been great without Morant this season, but this is a meeting with MVP favorite Nikola Jokic. Not having a star like Morant should be evident in this type of matchup. The Nuggets also happen to be 18-8 against the spread when facing a team that they lost to at home in their previous matchup over the last two seasons. Denver has won those games by an average of 5.9 points per game. 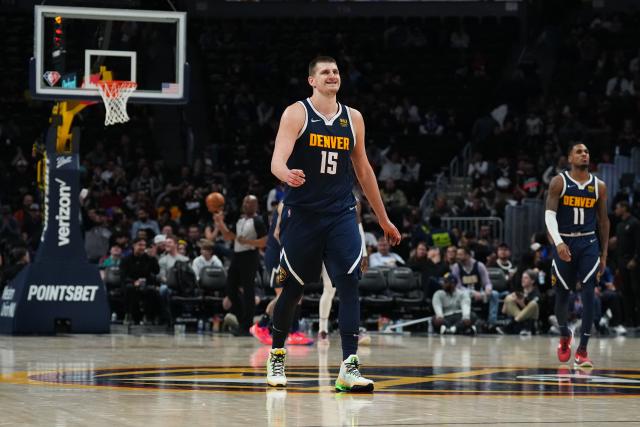