There was only one game on the NBA schedule yesterday and it featured two teams that aren't in the playoffs. Tonight, basketball fans will get to add a loaded slate on top of the hours of college basketball they've been consuming. The evening will be headlined by an NBA TV doubleheader in which the Atlanta Hawks host the Memphis Grizzlies and the Chicago Bulls face the Phoenix Suns.

Over the last three seasons, the Sixers are 35-21 against the spread when playing at home after a game in which they failed to cover the spread. Philadelphia has won those games by an average of 7.7 points per game. The Sixers are also 7-2 straight-up and 6-3 against the spread when facing Southwest division opponents this year. Overall, the presence of Joel Embiid — if he plays through his questionable tag — just makes it hard to believe in the Mavericks in this game. Dallas added some punch to its backcourt by acquiring Spencer Dinwiddie at the deadline, and the combo guard has found his game with the Mavericks. But this team is still a little thin in the frontcourt, where Embiid should punish them. And James Harden might not be quite what he used to be, but he's still capable of putting up big numbers and holding his own against Luka Doncic in this battle between offensive creators isn't out of the question.

The Bulls are just 29-43 against the spread when facing teams with winning records over the last two seasons, while the Suns are 50-33 against the spread against winning teams in that same span. Phoenix is also 27-18 against the spread when facing teams that average at least 23.0 assists per game this year, while also being 24-7 against the spread as a home favorite of 6 or fewer points since the start of last year. The Suns also come into this one after having won and covered in three games in a row, and they'll be looking forward to the step up in competition in this one. This Phoenix team loves playing competitive games, especially on its own home floor. Look for Devin Booker to turn in some big numbers for the Suns, while Mikal Bridges' defense should be an X-factor. He has the ability to throw DeMar DeRozan off his game a bit. 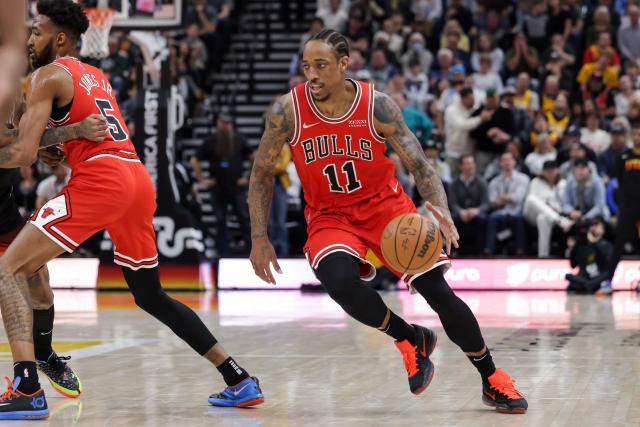