We're as late as it gets in the NBA season right now, so it's getting difficult to handicap games. Not every team has something to play for right now, but that hasn't stopped us from turning in back-to-back winning nights. We'll now try to make it three in a row on a slate that features the Phoenix Suns facing the Utah Jazz on NBA TV.

The Raptors really aren't in danger of moving down to the sixth seed in the Eastern Conference. That would take the Bulls winning out and the Raptors losing to either this Rockets team or the New York Knicks. Considering the Knicks are likely hoping to lose that final game for NBA Draft purposes, it's just really unrealistic. With that, you might not see laser focus out of Toronto in this meeting with a Houston team that is more talented than its record suggests. The Rockets won't have Christian Wood in this game, but Jalen Green should turn in a big performance for Houston. His scoring is one of the reasons it's just hard to see the Rockets getting completely blown out in this game, and it doesn't hurt that they have some other high-motor rotation players. Also, for whatever reason, the Raptors are 0-8 against the spread when playing at home against teams that are outscored by 3.0 or more points per game this season. They just have underperformed at home against inferior teams, and they could get caught napping here.

The Heat locked up the top seed in the Eastern Conference playoffs, and they can't catch the Suns for home-court advantage throughout the playoffs. With that said, Miami really has nothing to play for in this game, which is why Atlanta is a road favorite in this spot. The Hawks can still secure home-court advantage in the Play-In Tournament in the Eastern Conference, even if it is a bit unlikely. But that still means that Atlanta will have a reason to win this basketball game, and Miami could also be missing some key rotation players in this game. Also, dating back to 1996, Nate McMillan's teams are 31-15 against the spread when coming off a cover as a double-digit favorite. The Hawks are also 26-14 against the spread when playing in games with a total of 230 or higher since the start of last season.

The Suns have nothing to play for in this meeting with the Jazz, who definitely can use a victory in this game. However, Phoenix has emphasized that it wants to have some momentum heading into the postseason, and the team is playing all of its key players in this one. The Suns, who are coming off of three losses in four games, are likely going to use this as a legitimate tune up for the postseason, as this is the type of win that can give them some real confidence before they get some time off. The Suns are also 12-3 against the spread when playing a team with a winning percentage between 51.0% and 60.0% this season, and they have won those games by 14.0 points per game. Phoenix also matches up well with Utah, as Devin Booker is a better two-way player than Donovan Mitchell, while Deandre Ayton is capable of holding his own against Rudy Gobert. 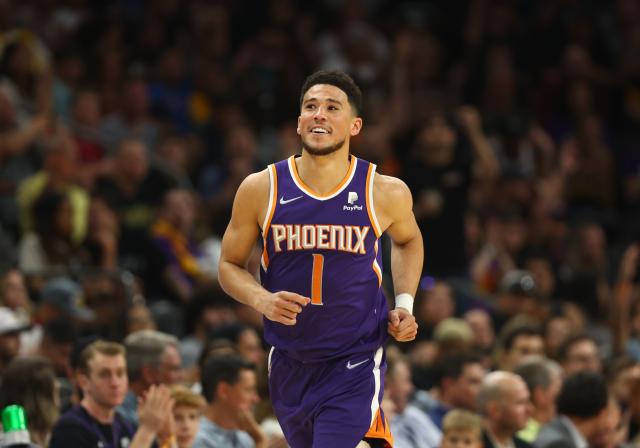