With Anthony Davis and LeBron James set to return for the Los Angeles Lakers tonight, this should be a great evening for basketball fans. As always, we'll have you covered with some of our favorite picks of the night. Keep reading for tonight's best bets.

The Pistons have been extremely kind to bettors as of late, as they are actually 17-3 against the spread over their last 20 games. Detroit also happens to be coming off an upset win over the Philadelphia 76ers, as they earned a 102-94 victory as a 10-point underdog last night. Now, Cade Cunningham and Co. will face a Thunder team that really doesn't want to be winning games right now. Oklahoma City has lost 12 of its last 14 games and the team has shut down most of its key rotation pieces at this point. The Thunder are clearly in full-on tank mode at the moment, so they're a good squad to fade at the moment. Oklahoma City is just 3-12 against the spread in April games over the last two seasons, and the team also happens to be 12-23 against the spread in home games in the second half of the year in that span. It's best to just not overthink a game like this. One team clearly wants it more than the other.

The Suns have won nine games in a row entering this meeting with the Grizzlies, and they now catch a Memphis team that is without Ja Morant, Desmond Bane, Jaren Jackson Jr., Tyus Jones and Steven Adams. Even with Phoenix not having much to play for, the team is just way too talented not to earn a convincing win against this collection of players. The Suns also happen to be unstoppable when facing teams that beat them in their last meeting, as they are 13-2 against the spread in that situation. Devin Booker has spoken about how the Suns circle games against teams they've recently lost to, so you can expect the team to go out there and be extra motivated to run them off the court. Don't be surprised if this one is wrapped up by the beginning of the fourth quarter.

The Lakers are supposed to be getting both LeBron James and Anthony Davis back from injuries tonight, and the playoffs pretty much start from here for Los Angeles. There isn't enough time left in the season for this group to let games like this one get away, so you should expect the Lakers to be rather locked in when this one starts. The Pelicans are a well-coached team, with a few very good basketball players, but they don't have anything like the top-level talent that the Lakers possess. With that, it's hard to see them going into Los Angeles and coming away with a huge road win. The Lakers are 11-3 against the spread when playin at home after a road game this year. They're also 18-8 against the spread when coming off a road loss this season. 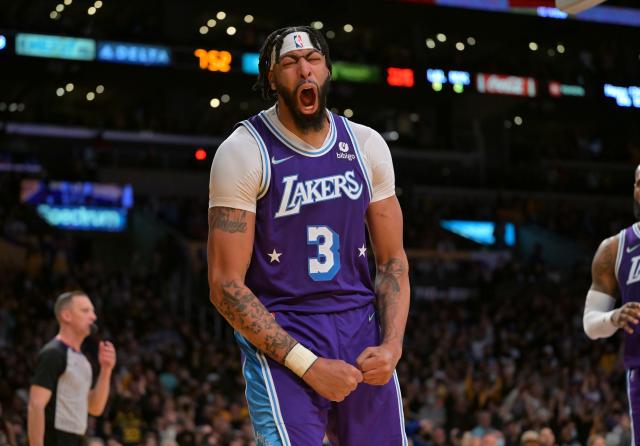