Last night, we had the Cleveland Cavaliers and Minnesota Timberwolves to cover in their respective NBA Play-In Tournament games, marking our fourth winning night in a row with our best bets. Now, we're turning to a slate that features the Atlanta Hawks hosting the Charlotte Hornets and the San Antonio Spurs taking on the New Orleans Pelicans in an effort to extend their seasons. The winners of these games will fight for the eighth seed in their respective conferences.

This game features two offensive-minded point guards that don't really play very hard on the defensive end, but that doesn't mean this game is going to go Over the total. The number on this game was set extremely high, and it has since started to come down rather quickly. Part of that is because this is a postseason game, which means these players are going to play a bit harder than usual on the defensive end. And there could also be some nerves with both of these teams facing elimination here. The Under also happens to be 27-13 when Charlotte has played against teams with winning records this season, and the average total points scored in those game was 223.2 points per game. That's well under the total that the oddsmakers set on this one. The Under was also 3-1 in the four meetings between these teams in the regular season, and those three games didn't even come close to going Over.

This game should end up being extremely fun to watch, as both of these teams play an intriguing style of basketball. Both of these franchises are currently being coached by some of the brightest minds in the sport, and that should show in such a big spot. It should, however, be noted that the Spurs have really been kind to bettors in this matchup in the past. Over the last three seasons, San Antonio is 7-2 straight-up and 8-1 against the spread when playing New Orleans. The Spurs are also 3-1 both straight-up and against the spread when facing the Pelicans this season. On top of that, San Antonio is 24-11 against the spread when playing on the road in the second half of the year since the start of last season. The Spurs have actually won those games by an average of 2.2 points per game, which shows you how comfortable they are on the road. All in all, it shouldn't surprise anybody if New Orleans ends up winning this game outright. After all, the team is a pretty significant favorite. However, San Antonio really should be able to keep it close. Dejounte Murray is due for a big game here, as he had a breakout season and will want to perform at a high level on the big stage. 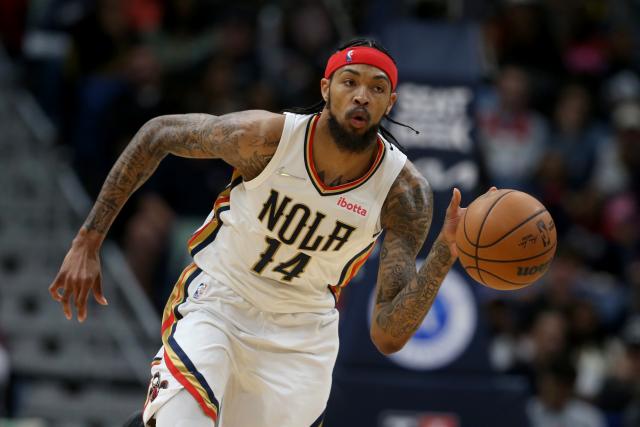