Game 6 of the NBA Finals tips off tomorrow night between the Golden State Warriors and the Boston Celtics. The Warriors defended their home court with a Game 5 win behind a massive performance from Andrew Wiggins. The Celtics are now on the brink of elimination and will have to win at home tomorrow night if they want to play in another Game 7.

Game 6 tips off from TD Garden in Boston tomorrow night at 9pm ET on ABC. The Celtics are 4-point favorites and the Warriors are +150 to win outright.

Why Boston can win and cover the -4 spread:

The loss in Game 5 was the first time the Celtics have lost back to back games in the entire postseason. It seems quite unlikely that Boston will drop three games straight, especially with Game 6 being on their home court. Jayson Tatum began to find his shooting stroke in a more efficient way in Game 5, and if he’s able to carry through with that performance it would make him almost impossible to guard. Marcus Smart had a disappointing game, so a step up from him in Game 6 on both ends of the floor could be expected. The key for the Celtics is limiting their turnovers. Their defense is almost always stifling, but being sloppy with the ball in Game 5 lead to many easy buckets for Golden State. If Boston cuts down on their turnovers and Tatum carries his play from Game 5 to Game 6 the C’s could find themselves forcing a Game 7.

Why Golden State can win and cover +4:

The Warriors have now won two straight in the series and clearly have the momentum on their side. Andrew Wiggins was the hero in Game 5, posting 26 points and grabbing 13 rebounds for his second consecutive double double in the series. Draymond Green stepped up his play as well after a poor first four games, and Klay Thompson hit some big shots as well. While the Warriors are on the road for this one, they’ve proven that they can win in Boston. Their defense was very impressive in Game 5 and if they can continue to bring that same intensity in this next game the Warriors could claim their 4th championship in the last eight years.

The missing link for the Warriors in Game 5 was Stephen Curry. For the first time in 233 games Steph was unable to connect from three point range at least once. It’s safe to say that Curry will start a new streak tomorrow night in Boston to try and boost his team to victory. Expect Steph and the Warriors to come out with the similar underdog fire that they’ve been playing with all season to capture the title. 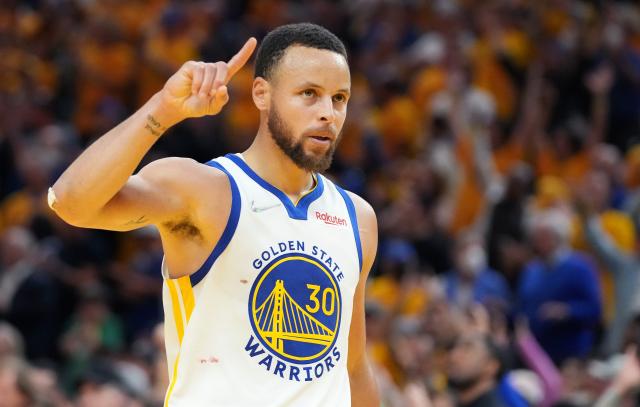