With the 2022 NBA draft just two days away it’s time to take a look at how the top 10 picks are going to play out. Some draft day trades may be in play come the day of, but for now let’s focus on what’s set.

Smith comes into the draft with the most well rounded offensive game of any prospect. He’s a modern day forward who can stretch the floor and guard multiple positions on the defensive end. He has one of the highest potentials out of any player in this draft and could quickly become the number one option for Orlando moving forward.

Holmgren easily has the highest ceiling in this draft class. The 7 footer can handle the ball, shoot well, and block shots like crazy. Talent wise there aren’t many weaknesses in his game, however the major concern with Holmgren is his build. Whil standing 7 feet tall he has an extremely lanky build. It’s fair to say that OKC will take their chances with such a talent and build his physique into that of an NBA player as time progresses.

Banchero is another spectacular player who will be a great addition for Houston. He’s a strong and athletic 4 who can score off the dribble, inside, and has a high defensive potential. Banchero would be a great fit alongside Jalen Green in Houston as the Rockets continue their rebuild.

The Kings have been a bad team for a long time, and picking up Murray will hopefully help them turn that around. The athletic three/four is an NBA ready threat which is exactly what the Kings need to pair alongside DeAaron Fox.

Ivey is another NBA ready player in this draft who will be an interesting fit alongside Cade Cunningham In Detroit. Both are ball dominant scorers/playmakers, but if the two top talents can learn to play off of each other the Pistons will have a great backcourt duo for years to come.

Griffin shined in his lone year at Duke. The freshman forward displayed that he could become a premier 3 and D player in the league. His youth gives Indiana time to develop him into a key piece of their future as they head into a rebuild.

The G League is still new in terms of producing products, but the Trail Blazers don’t have much to lose by taking a chance on Daniels. He’s more of a long term project, but Portland definitely has time to work on him to become a great two way player in the future.

Sharpe is a guard with extreme talent but not much footage to show it. An explosive guard, Sharpe was ranked very high in this years prospect pool, but his lack of play is what will slip him down to this spot.

Mathurin played surprisingly well in his sophomore year at Arizona, primarily thanks to his shooting from outside. Defense is the number one concern for most prospects in this draft, but Mathurin will have time to improve upon that.

Sochan has a great build for the NBA as a mobile power forward. His shot from deep should improve with time and his ability to play defense on most positions is what will slip him into the top 10. 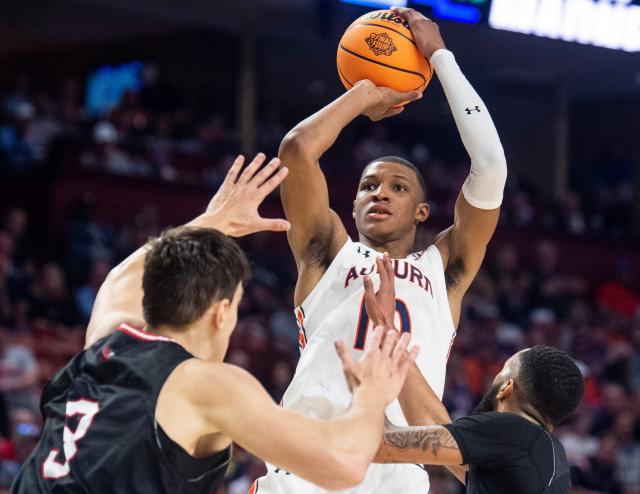